The Lay Representative exercises a particularly important function within the structure of the Scottish Episcopal Church.

In considering the role of the Lay Representative, it makes sense to start by looking at what is said about the role in the Church’s formal sources.

Taking Canon 63 and the Congregational Constitution together, the formal role of the Lay Representative is:

There is a duty for Lay Reps to report to the Annual General Meeting. This should take the form of a written report on the matters of importance which have been handled during the year and there should be an opportunity at the annual meeting for members of the congregation to ask questions or comment on the report.

There are a couple of other aspects of the formal role of the Lay Representative. The obvious point that when a congregation elects its Lay Representative it is not simply electing a representative to attend meetings of Diocesan Synods and similar gatherings. It is electing the person who will have a voice in the choice of the next Bishop for the Diocese.

Although the Lay Rep is elected to represent the congregation, as mentioned already, they are an ex officio member of the Vestry. That means that they are a full member of the Vestry and carry the same responsibilities as other members. Vestry members are regarded as ‘charity trustees’ for the purposes of Scottish Charity legislation. It is important, therefore, that the Lay Representative participates fully in all aspects of Vestry business.

The Councils are, obviously, smaller groupings, and therefore offer greater opportunity to speak and exchange views than might be the case in Diocesan Synod. Regional Councils may also be the place where there is a real opportunity for co-operation with other congregations, or indeed other denominations, in the local mission. 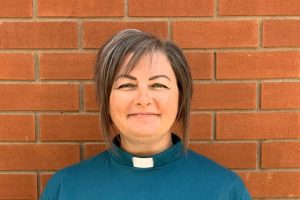