Church Magazines across the Diocese

Available as a free online subscription

Available as a paper copy

The Grosvenor Essays is a series of publications which explore issues relevant to Christianity in the modern world.

Sketches towards a Theology of Science (Grosvenor Essay No. 1)

Sketches towards a Theology of Science concerns developing a theology of science. It is based on a series of focused science-theology dialogues and considers how Christians should relate to scientific endeavours.

Theology and the Power of Image (Grosvenor Essay No. 2)

Theology and the Power of Image considers the relationship between Christianity and visual images from a variety of perspectives.

The Inter-Faith Encounter explores how the Church should respond to a more diverse religious landscape and the decline in institutional Christianity.

The Shape of Our Church (Grosvenor Essay No. 4)

On Salvation (Grosvenor Essay No. 5)

On Salvation addresses the subject of salvation and considers what it means to be ‘saved’.

Death and Resurrection – New Life in Christ (Grosvenor Essay No. 6)

Death and Resurrection – New Life in Christ considers the form, purpose and place of the Funeral Liturgy in the Church. It investigates the historical and theological background to different elements of the Nicene Creed.

Thinking the Nicene Creed – Incarnation continues to explore central issues in the life, thought and worship of the Church – in the context of the Nicene Creed as a fundamental part of the Eucharistic liturgy.

Marriage and Human Intimacy considers the different perspectives on same-sex relationships and the life of the church.

The Art of Dying Well (Grosvenor Essay No. 9)

The Art of Dying Well discusses mortality and the religious and philosophical teachings which enable people to live life with freedom, and to leave it in peace.

The Church and Scottish Identity (Grosvenor Essay No. 10)

This Grosvenor Essay has been prepared in the months leading up to the 2014 Referendum on Scottish Independence. It is intended for use both before and beyond the Referendum, whatever the outcome.

Towards an Integration of Science and Theology? (Grosvenor Essay No. 11)

This Essay sheds new light on new and burgeoning issues in science-and-religion, from top experts in the field.

Prayer and Spirituality (Grosvenor Essay No. 12)

An Essay that encourages us in prayer, considers questions often raised about and why we pray, and addresses contemporary confusions around ‘spirituality’.

Theology of Authority in the Ministry of the Church (Grosvenor Essay No. 13)

The understanding of ‘authority’ in Christian ministry has deep roots in the New Testament and the theology of the Early Church. This essay explores these in the context of ministry, both lay and ordained, in the Scottish Episcopal Church today.

The Grosvenor Essay Study Guide is designed to be used with all the essays to provoke questions and to stimulate ways of using the material in study groups. 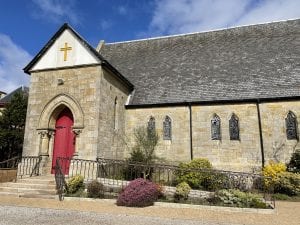