Racism intersects with many forms of discrimination, hatred and prejudice—ableism, ageism, antisemitism, homophobia, Islamophobia, misogyny, transphobia, xenophobia and others. Make your anti-racist activism intersectional, too.

“Prejudice is a burden that confuses the past, threatens the future, and renders the present inaccessible.”
Maya Angelou 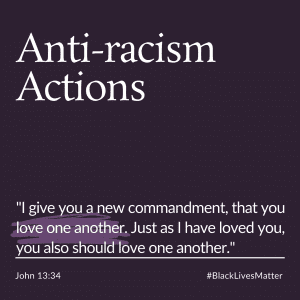 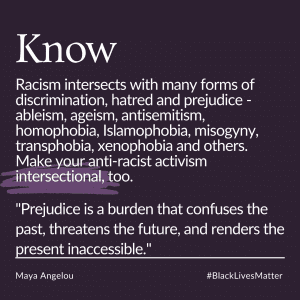 Understand the history of racism, colonialism and slavery and the fight for civil rights and social justice in Scotland and the world. The events happening now are not isolated incidents – they fit into the larger patterns of systemic and structural racism.
For the UK perspective, research the Notting Hill Riots, the Bristol Bus Boycott, the Mangrove Nine, the MacPherson Report, the Grenfell Tower Fire, the Windrush Scandal. Follow up on your findings.

• Me and White Supremacy by Layla F. Saad
• Girl, Woman, Other by Bernardine Evaristo
• How to Be an Antiracist by Ibram X. Kendi
• I Know Why the Caged Bird Sings by Maya Angelou
• Natives: Race & Class in the Ruins of Empire by Akala
• Just Mercy by Bryan Stevenson
• Brit(ish): On Race, Identity and Belonging by Afua Hirsch
• So You Want to Talk About Race by Ijeoma Oluo
• Why I’m No Longer Talking to White People About Race by Renni Eddo-Lodge
• White Fragility: Why It’s So Hard for White People to Talk About Racism by Robin DiAngelo
• I’m Still Here: Black Dignity in a World Made for Whiteness by Austin Channing Brown
• Holy Troublemakers & Unconventional Saints by Daneen Akers 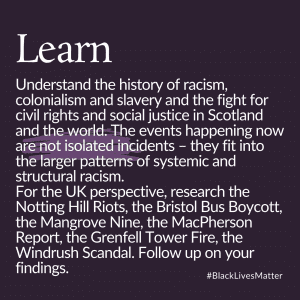 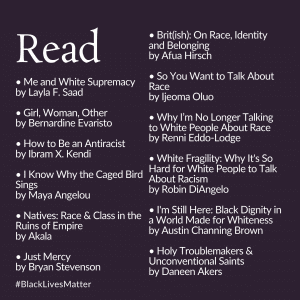 Spread awareness through listening and helping actively—respect and amplify the voices of minority ethnic creators, educators and activists. Believe their experiences and speak up when family and friends make racist remarks or jokes. Teach your communities to acknowledge privilege and celebrate diversity.

“In a racist society, it is not enough to be non-racist. We must be anti-racist.”
Angela Y. Davis

Act locally—racism isn’t a problem in another country. Are you able to volunteer and donate to organisations that are doing anti-racist work near you?
• Scottish Refugee Council (scottishrefugeecouncil.org.uk)
• Coalition for Racial Equality and Rights (crer.scot)
• respectme, Scotland’s anti-bullying service (respectme.org.uk) and their campaign Choose Respect (chooserespect.scot)
• Show Racism The Red Card (theredcard.org/scotland)

“To bring about change, you must not be afraid to take the first step. We will fail when we fail to try.”
Rosa Parks 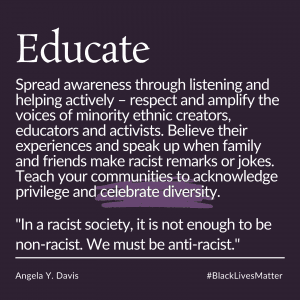 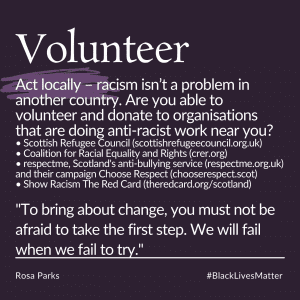 The act of acknowledging privilege and understanding our relationship to systemic racism is hard. Start small and hold yourself to account. We have grown in a society shaped and designed by white supremacy; challenge your worldview and question the structures that have benefitted you inequitably. Sign petitions and contact your elected representatives and community leaders.

“Justice is what love looks like in public.”
Cornel West

We are all in this together. 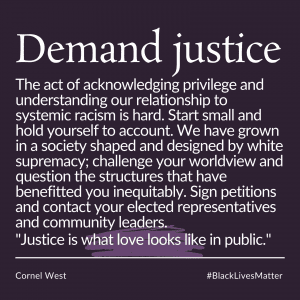 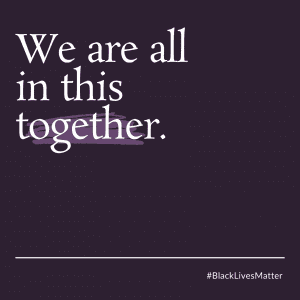 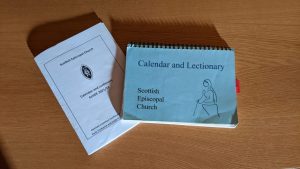 What are we going to do with St Stephen this year? 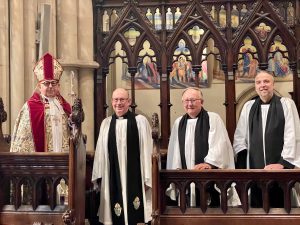